The following PRESS RELEASE was issued today (12/20/18) by the RANCHO SANTA FE ASSOCIATION (www.rsfassociation.org): On Wednesday, December 19, 2018, after several years of unsuccessful attempts to work informally and in good faith with the Santa Fe Irrigation District (“SFID” or “District”) to ...

Hot of the press... Yesterday, in Placer County Superior Court, in a trial before Commissioner Michael A. Jacques after two years of intensive litigation, Dr. Benumof's client, Miner's Camp LLC (GO TO:  http://foresthillminerscamp.com/ for more information about Miner's Camp), prevailed on its p... 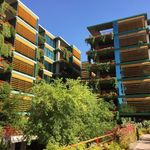 It is with great excitement and enthusiasm that the GEO-LAW team announces today the opening of a local office in Scottsdale, AZ to better serve our clients living in, and/or owning property in-and-around, the Phoenix Metropolitan area, which includes Scottsdale, Phoenix, Mesa, Chandler and other surrounding cities... 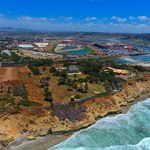 It is widely accepted in the coastal science community that for any given stretch of beach, a wider beach fronting adjacent coastal bluffs will provide those bluffs more protection from wave attack than will a narrower beach.  In other words, the wider the beach, the less chance for wave run-up, ...

Another Win For Dr. Benumof's Proposition 218 Clients and the Water Ratepayers of the City of Lincoln

Dr. Benumof, in conjunction with his colleague and co-cousel, Erik Benink, Esq., recently settled another highly publicized Proposition 218 water rate lawsuit against the City of Lincoln.   Pursuant to the settlement agreement, the Citys ratepayers that have been overcharged through the Citys t...

Renowned Encinitas-based Zephyr, a housing developer, recently hosted two public outreach events at its stunning Resort project site on the bluff-top at the very northern end of the Del Mar, CA coastline.  The events were well attended by neighbors, visitors, and beachgoers alike, with Zephyr and...

On April 25, 2017, Dr. Benumof's clients Jerry Jackson and Chuck Schmidt filed a class-action Proposition 218 lawsuit against the City of Lincoln, CA over the City's use of tiered water rates.  The suit was filed in Placer County Superior Court.  The Lincoln News Messenger reported on the lawsuit...

In a return interview with the John & Ken Show (KFI AM 640 in Los Angeles), "Water Wars" Attorney Ben Benumof summarizes another big Proposition 218 victory for his client, The Glendale Coalition for Better Government, and all California water ratepayers in general.   A link to the full inter...

Welcome To The Newly Redesigned GEO-LAW.COM

GEO-LAW.COM is new and improved. Come inside and take a look!

ABA Journal: A tax ruling could complicate California's effort to battle the drought

Water conservation is so important to California that it's in the state constitution. Article X, Section 2, says that "the waste ... of water [should] be prevented, and that the conservation of such waters is to be exercised." That's especially so this year, when Gov. Jerry Brown called for urba...

Nearly 200,000 people in the South Bay are about to pay more for their water. Monday night the Sweetwater Authority voted to increase water rates by five percent. The state ordered the district to cut back on water use by 12 percent. Residents exceeded that goal leading to a drop in revenue for...

Radio Interview entitled "Attorney Fights City Hall and Wins" on KFI AM 640 on the John and Ken Show.  Listen to the entire podcast here.

The Glendale Coalition for Better Government (GCBG) has retained Attorney Benjamin Benumof to challenge the 2014 water rate increase adopted by the Glendale City Council by the narrow vote of 3 to 2. The Coalition has yet again been compelled to seek legal recourse in its fight to advocate for a...

Cal Watchdog posted an article, on October 14, 2014,  titled, "Do Tiered Water Rates Save Water?" says empirical studies show that tiered rates to spur conservation does not result in water conservation in many states.

Water has flowed from Northern California's snow-capped peaks to the south's parched cities ever since the California Aqueduct was built in the 1960s. Now, amid one of the worst droughts in history, state officials are considering an audacious plan to send some of the water back uphill.

The #1 source for the knowledgeable crossover between law, policy, business, and the earth sciences.